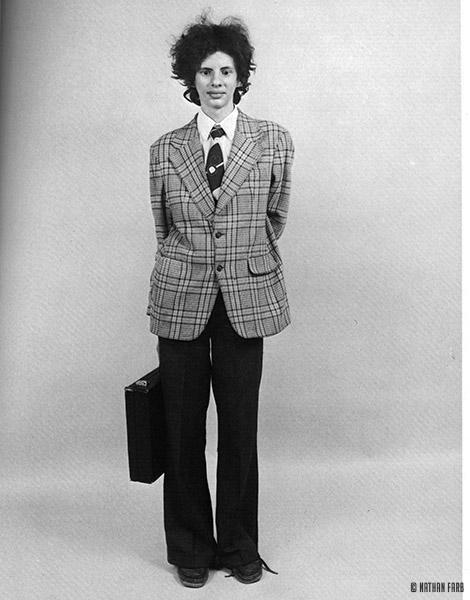 I photographed Boris in 1977. When we found each other again in 2016 on Facebook, here is what he wrote: 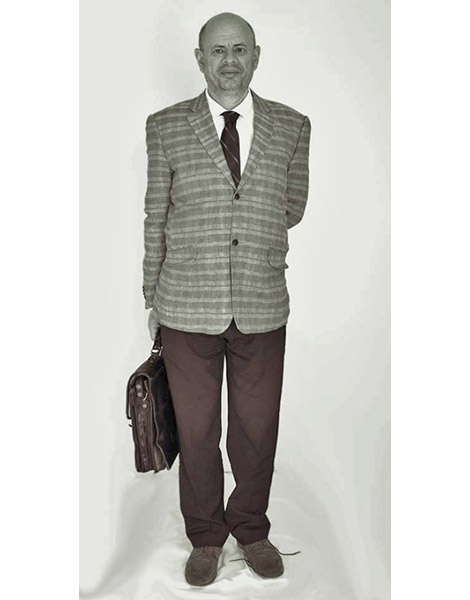 Dear Nathan,
You are asking how my life has panned out… Let me start from thanking you again for a great portrait. You were right about my family background. My father was a professor of mathematics, his papers are kept with US Congress Library, my mum was a doctor – warm, loving family and the education has always been highly valued. The shot you have taken relates to my graduation year. At the time I was attending Novosibirsk State School No 10. While being a State School (like all other schools in USSR) – this one was somewhat different. English as a second language was taught there from grade 1 not from grade 6 like in all other schools. So when you assistant told me that the Polaroid cassette was empty and another shot had to be taken – I’ve understood word “empty”. Many years of studying English had come to the fruition  I have posted another photo from my school years – a pic taken at the English class. The banner is not a joke. No one could joke about a phrase attributed to The Dear Leader of the Greatest People even if the quote was “translated” into English. It just shows the quality of the tuition I guess… The fact that I could understand word “empty” was obviously a roaring success of the Ministry of People’s Education.

The exhibition was held in May and in September I have been admitted to the Uni – NETI – Russian equivalent of MIT, studying electronics. Five years of Undergrad + two years of Masters have been uneventful. As uneventful as the student life could be. You know what I mean. We had a guest speaker once – some KGB rank giving us a talk about security, about being vigilant, etc. To my surprise your exhibition has been mentioned as an example of Imperialist spies using cultural events to infiltrate our beloved Motherland. Apparently everyone from your crew was a CIA agent. If I knew I would probably ask for an asylum right there… I’ve graduated in 1982, worked at the University in a capacity of junior researcher and doing my Masters, got married, had a wonderful daughter and in 1989 decided to make a move. It was the year Gorbachev just opened Russian boarders and other countries haven’t closed their boarders yet. So we were allowed to leave USSR and arrived in Australia in 1990.Life in Australia has been very kind to us. While there were ups and downs, there were more ups than downs. A simple recipe – work hard, don’t complain too much – has paid off. Currently I work as a computer consultant and I am ok. Maybe a little bit more than ok.

One more thing – the Photography. You works are amazing. And I am saying it not just because you had an eye to pick me out of thousands of people queuing up to get a free Polaroid print. As someone who lived in the USSR for 30 years I can attest that every single portrait from the Russians book represents a slice of society that is immediately recognizable. I didn’t know anyone featured in the book personally but I could clearly identify who these people were. So much character in every one of them. Each portrait was a true masterpiece. I am a hobby photographer and street photography is something I do enjoy. People’s faces, urban streetscapes and everything else that happen to be in front of the lenses. Unfortunately the creativity is not there and while I wish that one day I’d create something that would be worthwhile exhibiting I realize that it’s probably not going to happen. At least not any time soon. And finally – that Polaroid exhibition in ‘77. It was second and final American exhibition allowed to be held in Novosibirsk. For us, mere mortals, who we substantially less equal than the others the Polaroid expo was like a fairy tale. It was a chance to witness a triumph of technology and for a brief moment to become a part of something related to USA. That day’s Soviet brainwashing machine achieved completely opposite to the intention of the apparatchiks – Russians were seeing USA as a symbol of freedom, progress and prosperity. And of course as the land of blue jeans, chewing gum and Coca-Cola. Nothing wrong with it just a light hearted comment. By being a part of the exposition you have also contributed to the demise of the regime. Every little drop counts. Thank you very much again Nathan. I am looking forward to attending one of your exhibitions in person.