Warning: A non-numeric value encountered in /homepages/26/d193523983/htdocs/clickandbuilds/TheRussians/wp-content/themes/Divi/functions.php on line 5763

How did I get to Novosibirsk, USSR, the largest city in Siberia, in 1977 making Polaroid portraits of ordinary Russians?
Well, it was a lot of luck, a lot of plotting, intense artistic ambition, and some messianic craziness thrown in.  That June I was the American  photographer on display at a large show of photography organized by the USIA.
In 1974 I played this role in Romania where I was a host and gave talks about American photography to groups of amateurs and professionals. There I started to change the speaking role to just being a photographer. I used polaroid film, sometimes with a view camera, and gave each person a small print.  I understood that by using Polaroid’s positive/negative film I could bring back to the US the same image I made for  subject and give people on this side of the iron curtain a glimpse of who these people were.
I had first slipped behind that curtain in 1969, curious to see what my life might have been like if my maternal grandfather had not immigrated to Arkansas in 1895. While traveling around Europe with my wife and daughter at 30 mph in a beat up old Van, I found out that I could get a visa at the Romanian Embassy in Rome to go to the small city where my grandfather had come from. 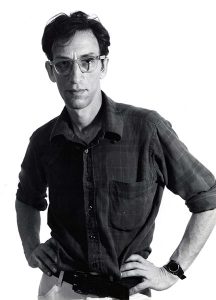 Nicolae Ceausescu had just come to power and was defying Moscow to the delight of his people. We left Italy and drove through Yugoslavia for 6 weeks to get to Romania, exotic, mysterious Romania. I encountered a peasant culture almost encapsulated in Amber. I spent time with Gypsies, who had settled down in semi permanent encampments under pressure from the government  and then went to the magical black sea where northern Europeans came to the beaches nude to worship the warm morning sun.
So my first experience behind the Iron Curtain was at great odds with what I saw in Soviet propaganda or Life Magazine. I learned that the United States Information Agency was sending a show of American Photography to Romania and I immediately applied to the USIA to get an assignment to be one of the American Photographers hosting the show. I got it and when I found out the show was going to Russia as well I got an assignment to go with the show to Novosibirsk,
I was thrilled because I did not want to go to one of the elite cities. I wanted to see what the people in middle Russia were like. Vice President Spiro Agnew and the conservative right talked about the middle Americans, so I wanted to go to a middle Russian City.  By that time I had worked with the Polaroid PN film for several years including doing photo buttons at my daughters school for a fund raiser and then moved to the streets of NYC and became convinced that when people were posing for a picture that would sit on the dresser or piano there was an often openness that was unmistakable.
In Novosibirsk, I felt I had maneuvered myself into an unbelievable situation. I had access to thousands of ordinary Russians that I could look at carefully, and touch and a real responsibility to bring back something about who these people actually were.
– Nathan Farb