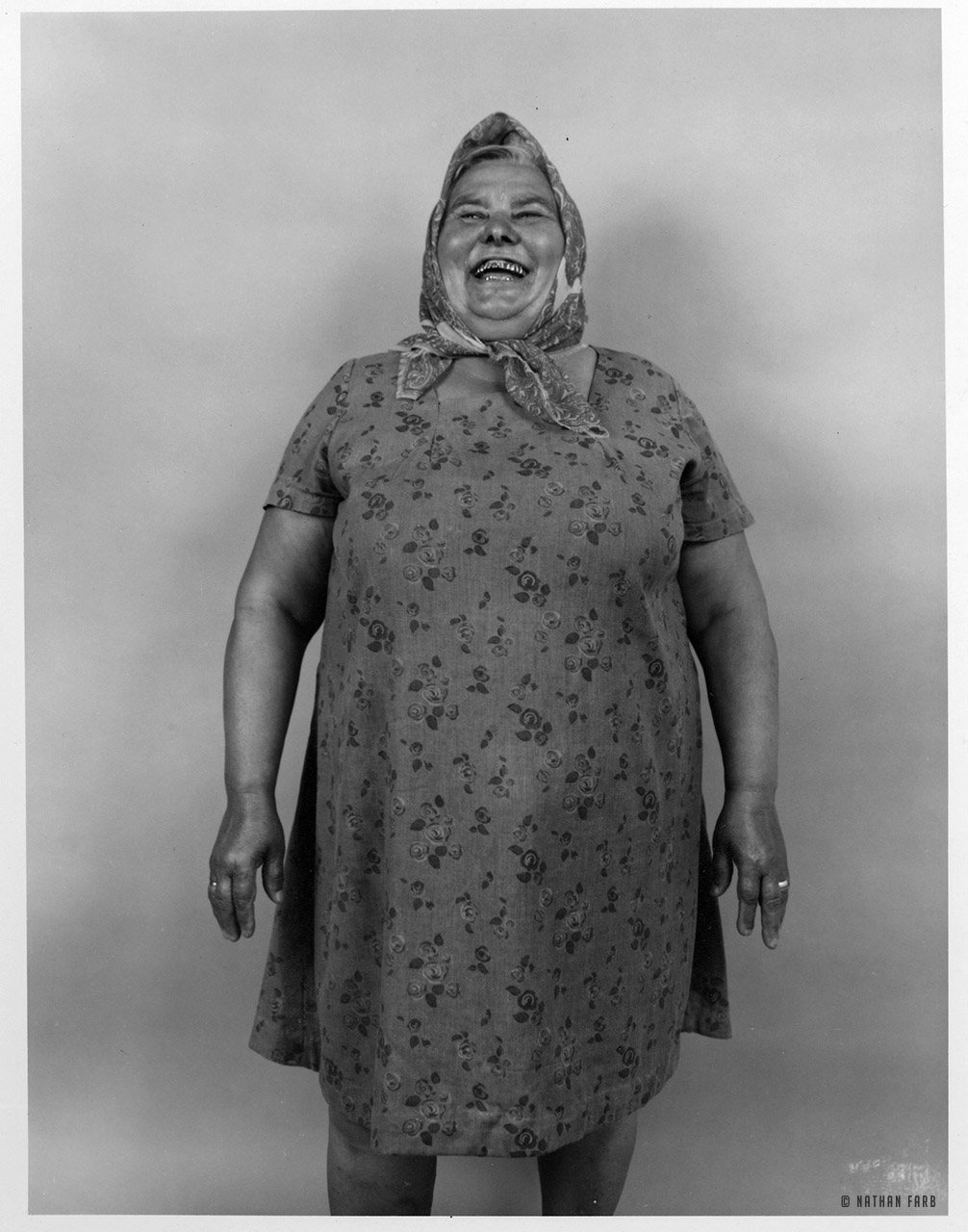 People ask what was the woman laughing about. She came in to the studio and I saw the beauty in her hands that that had dug  up thousands of potatoes and wanted the hands in the shot.  I used a real polaroid camera synced to strobes and went on my knees to make sure the hands were in.  She laughed and we asked her why. She said,  “I thought you were taking a picture of my belly”.

Read more about the laughing woman. 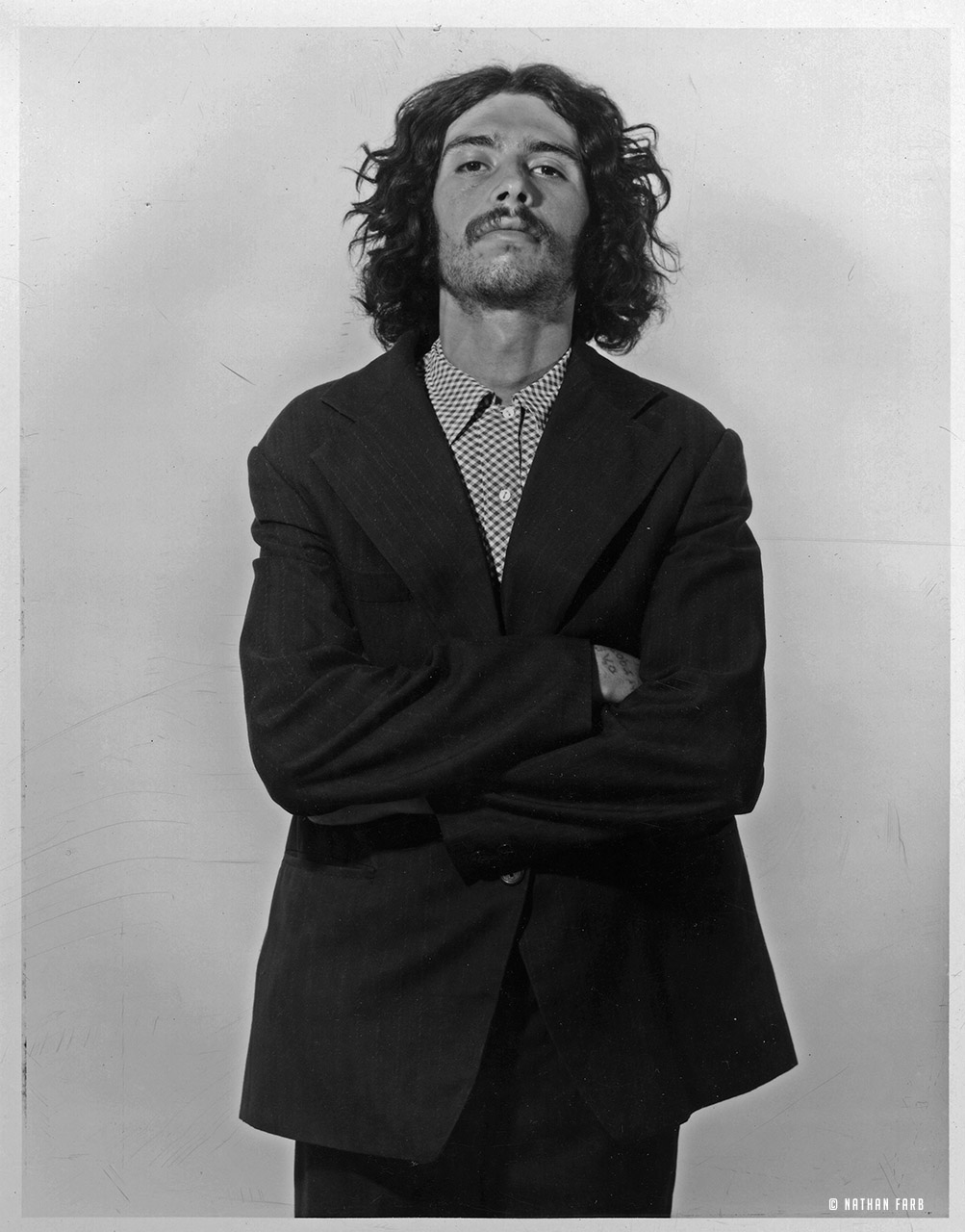 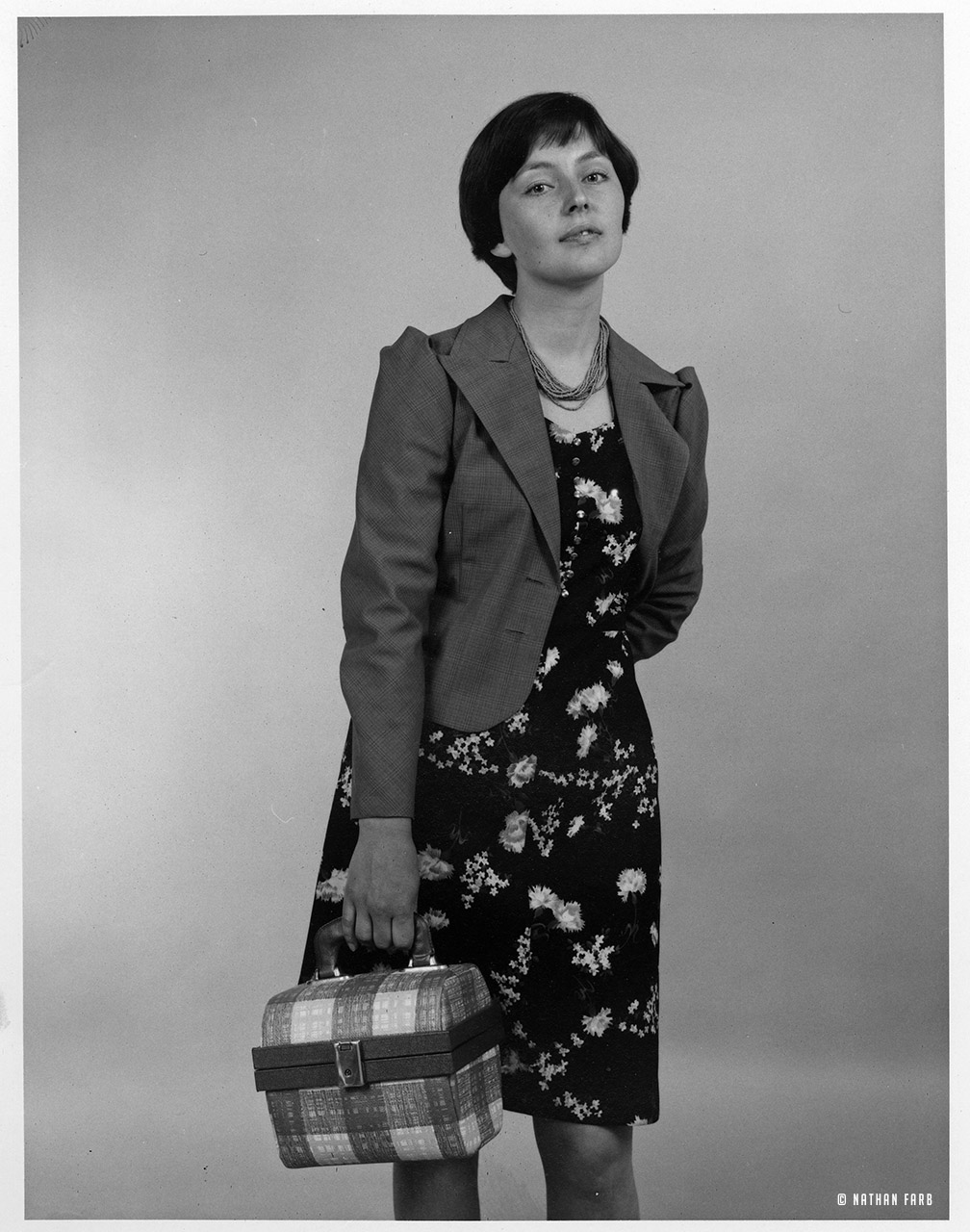 Many women who came were very stylish. They often said that they copied and reinvented fashion from western magazines to sew themselves. Under Brezhnev, more fashions were allowed and the demand grew greater and greater. He asked when the demand would be satisfied. His advisers said, Never! So in an interesting way, women undermined the premise of the command economy. 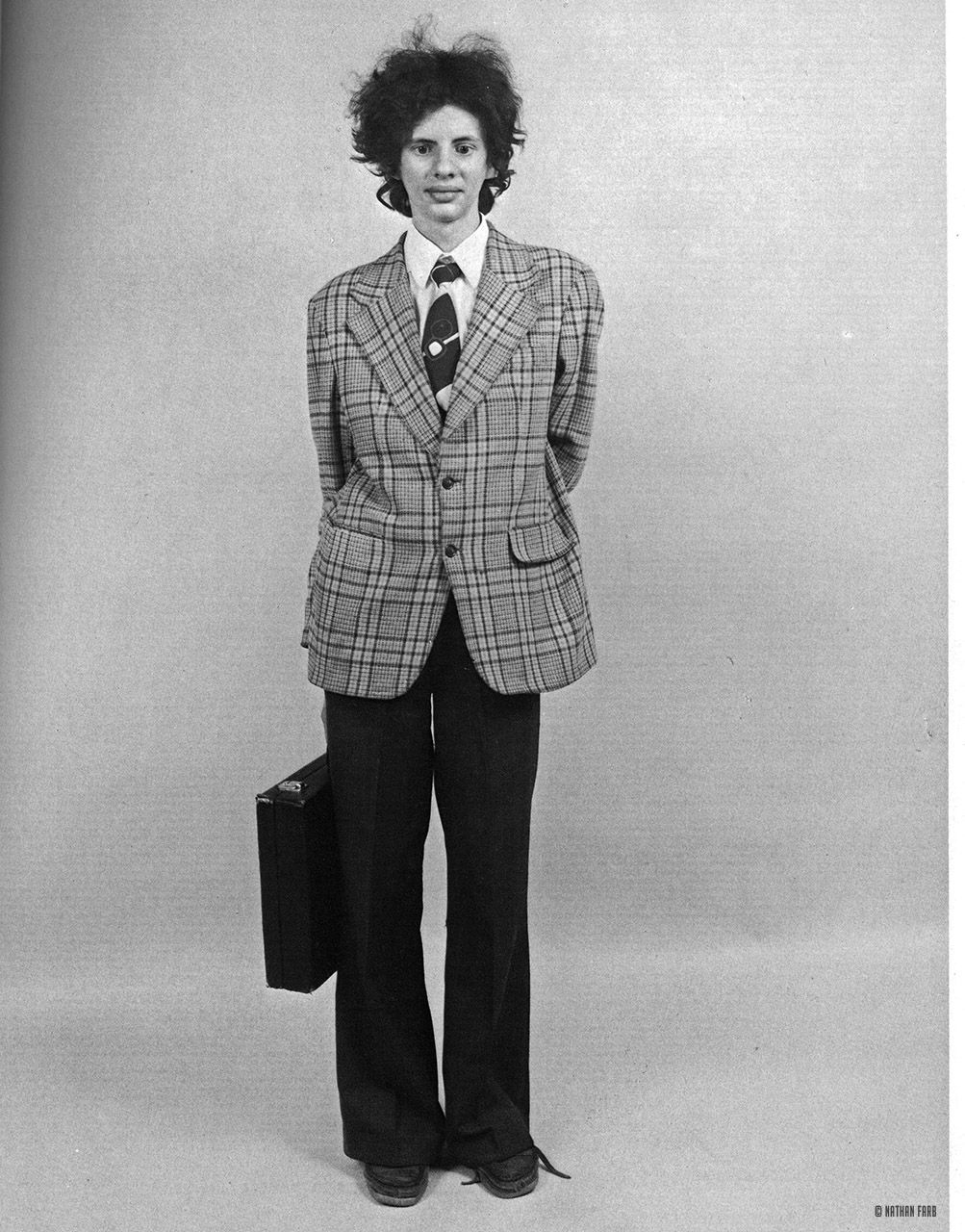 As someone who lived in the USSR for 30 years I can attest that every single portrait from the Russians book represents a slice of society that is immediately recognizable. – Boris, 2016 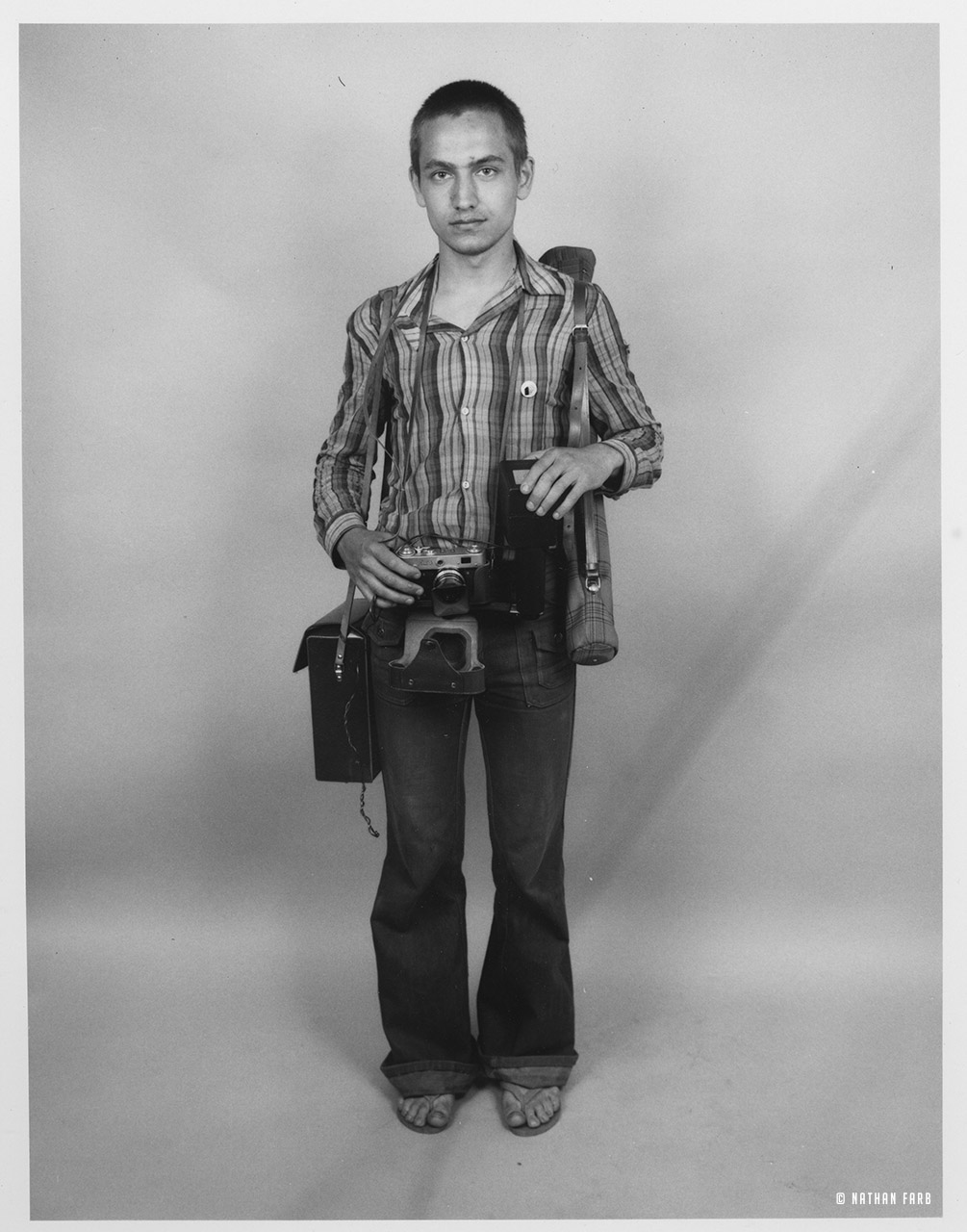 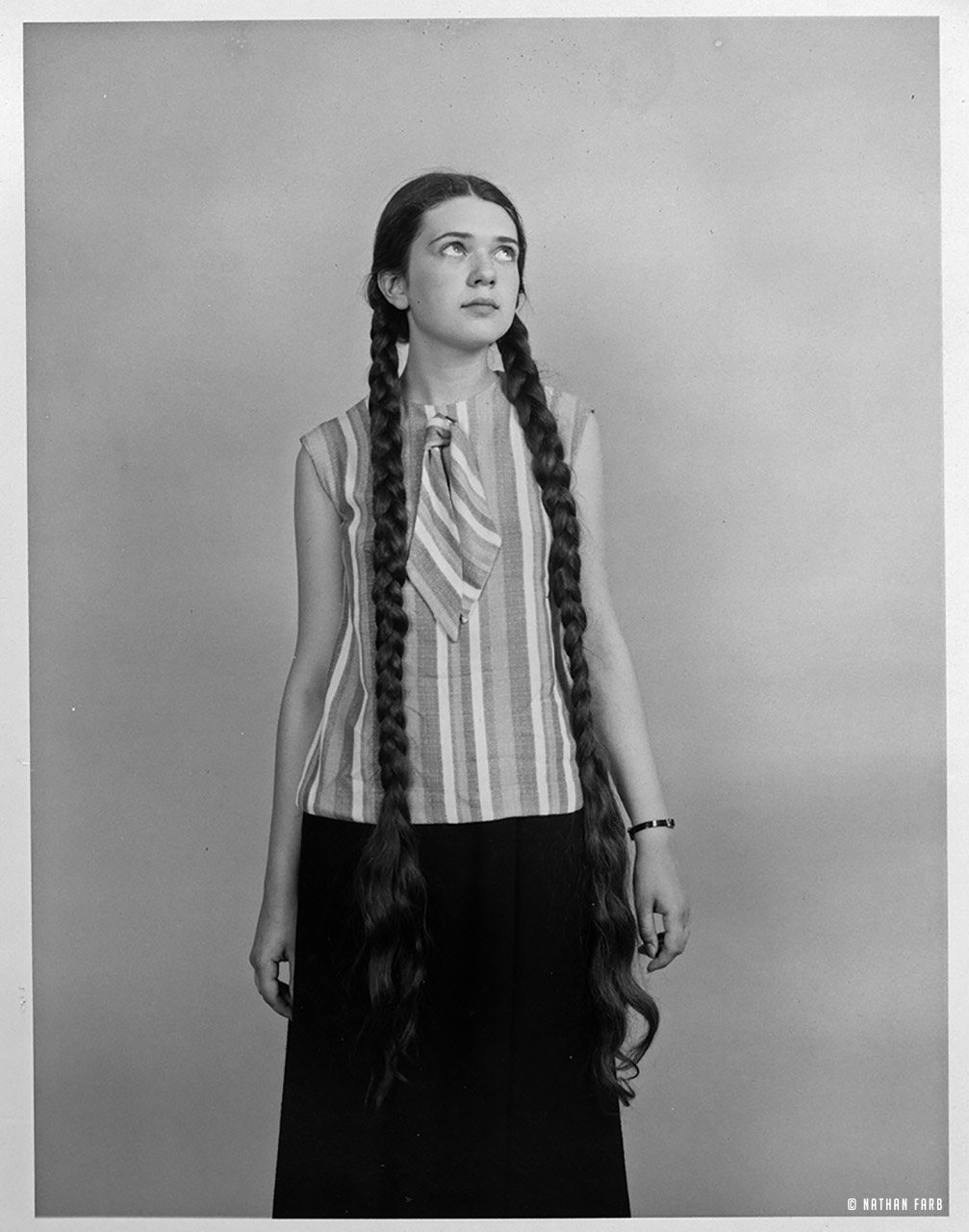 Ileyena the only person that I did more than one session with. Recently I found that out that all of the guides to the show (my interpreters and helpers)  knew her as “Braids”  and she came to the show very often. 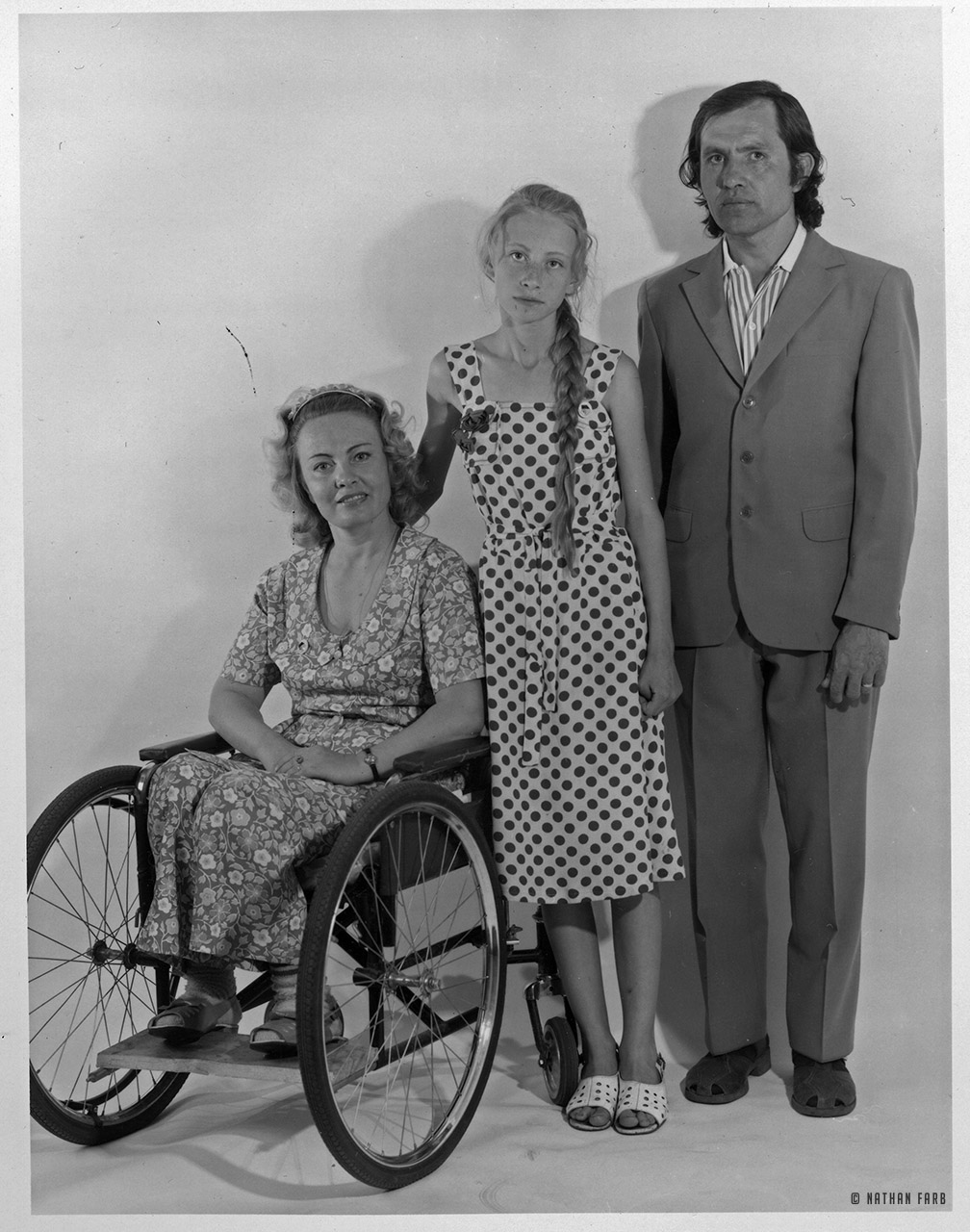 Since there is disability in my family, I have seen how it affects everyone. One only needs to look at this young girl and see the family dynamic which is hard to put into words. 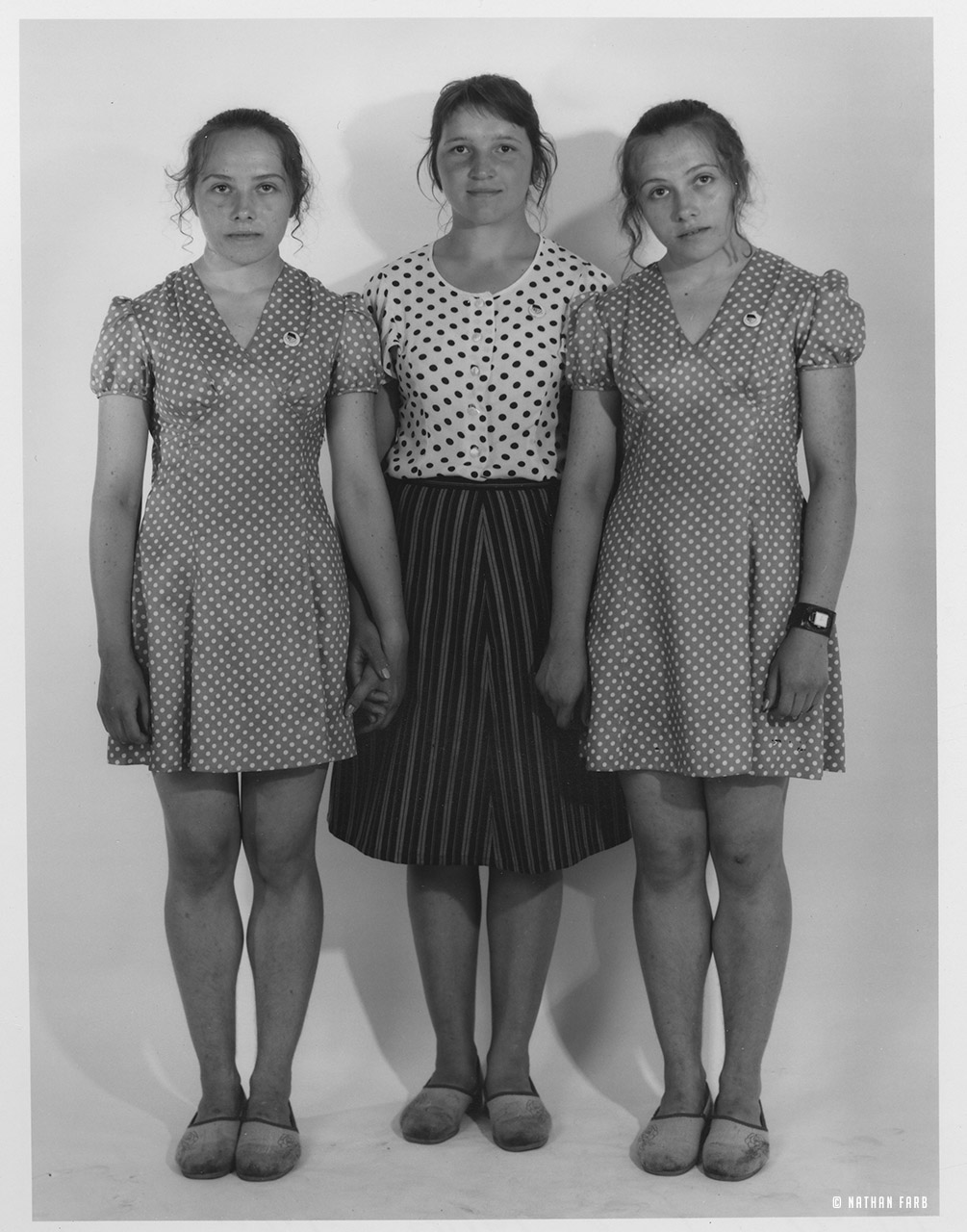 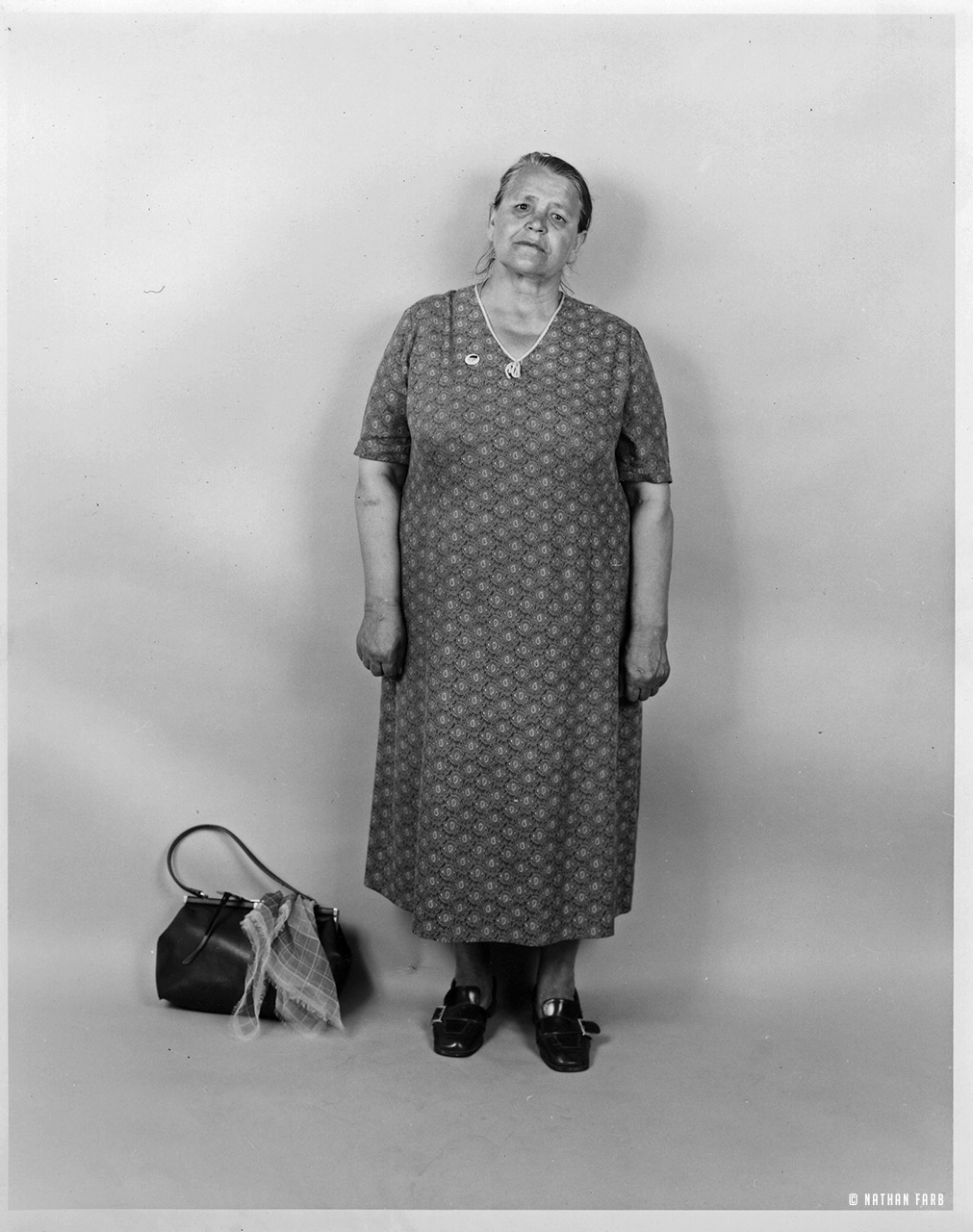 This woman reminds me of my own Grandmother who came from Novogorod in 1905 with 4 children and no husband. Anna Farb was a smaller and slimmer person, but the posture and the look were identical. A few years back I found a cousin who knew her. He told me she was the strongest person he ever met. 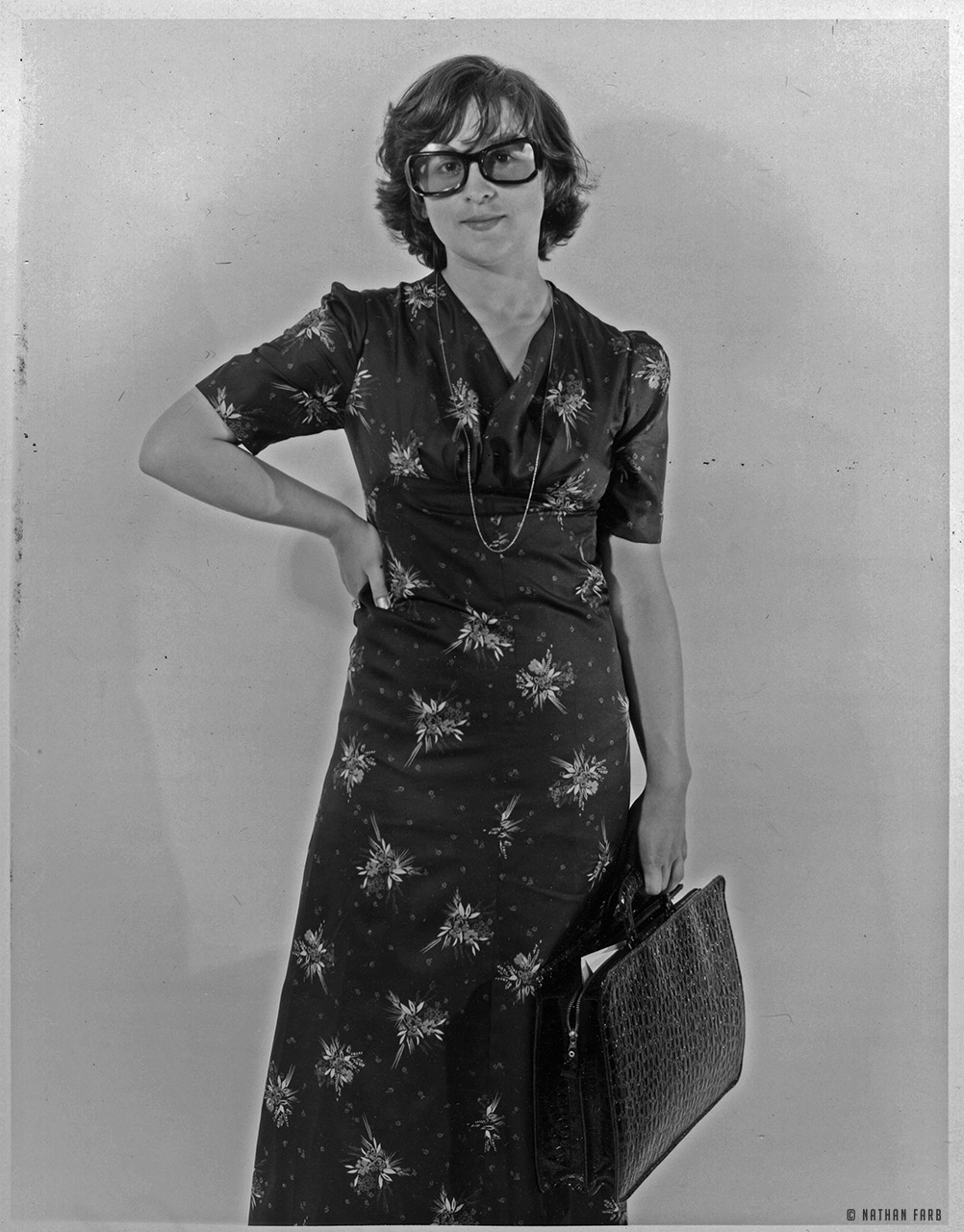 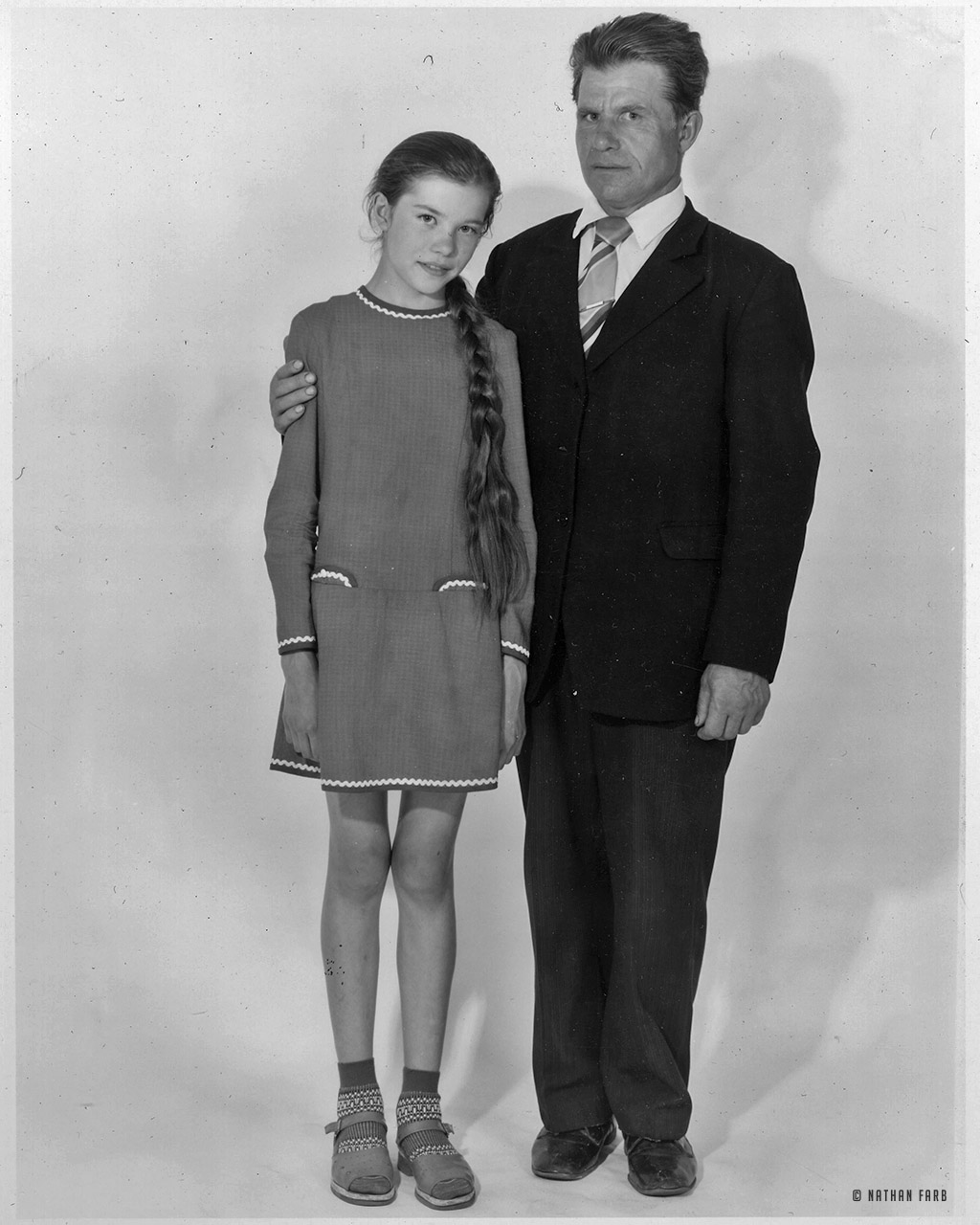 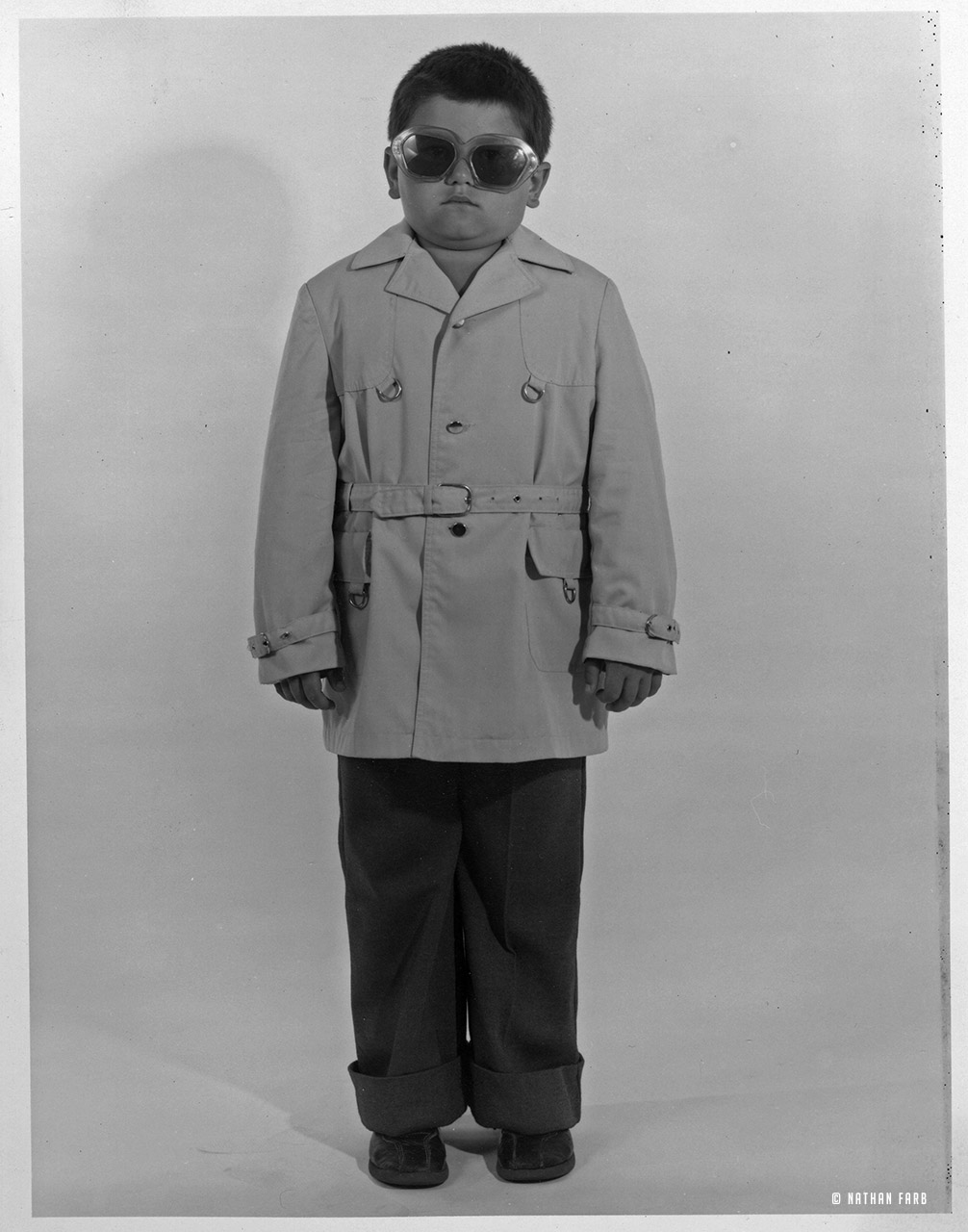 This boy without the Raincoat and Sunglasses was extremely ordinary so I turned his mother down several times. Finally I said yes and she proceeded to put her sunglasses and rain jacket on him giving me the photograph. Kathy Rose, who was helping me in the studio that day and I looked at the polaroid and then each other and simultaneous said, “Arbus?” 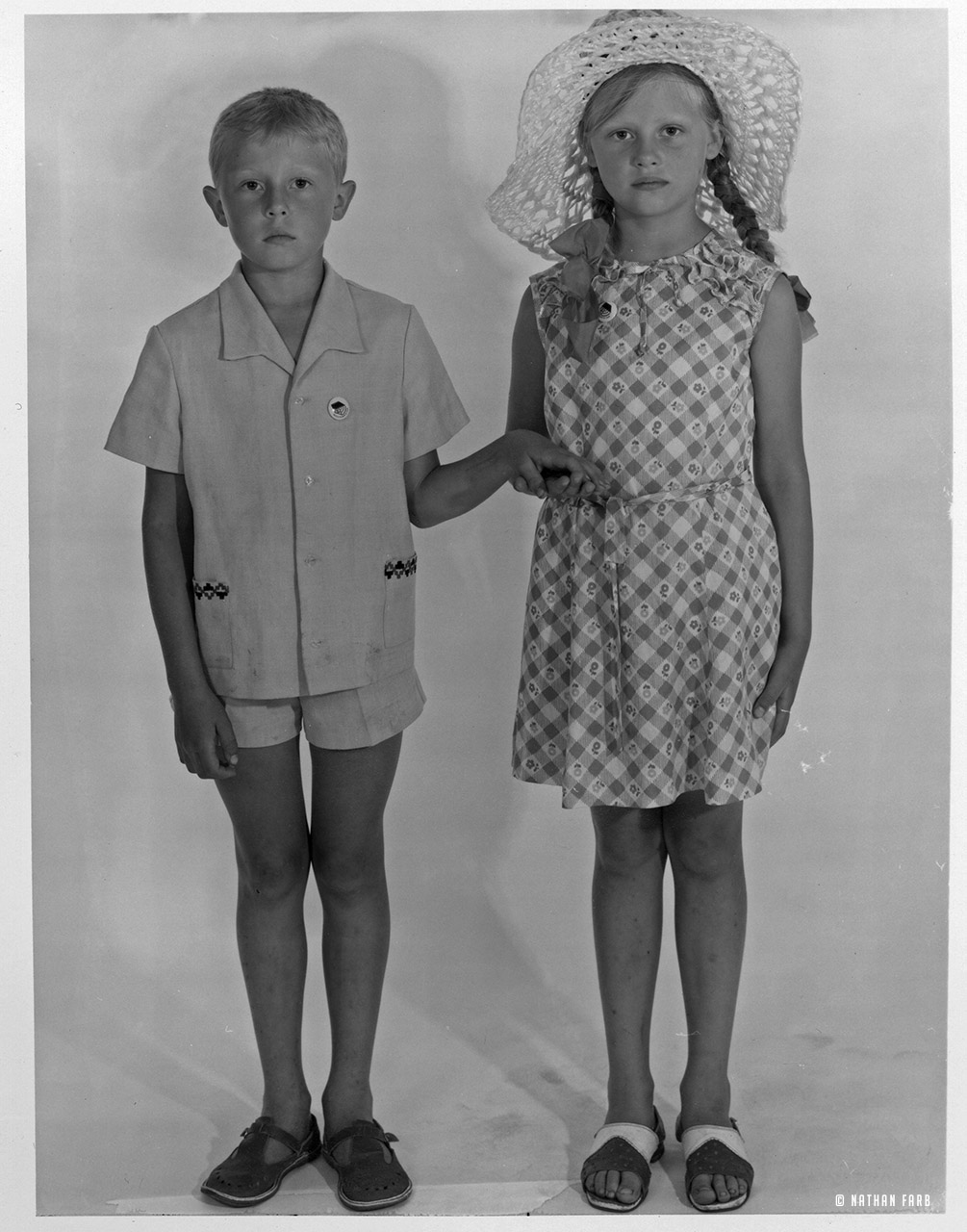 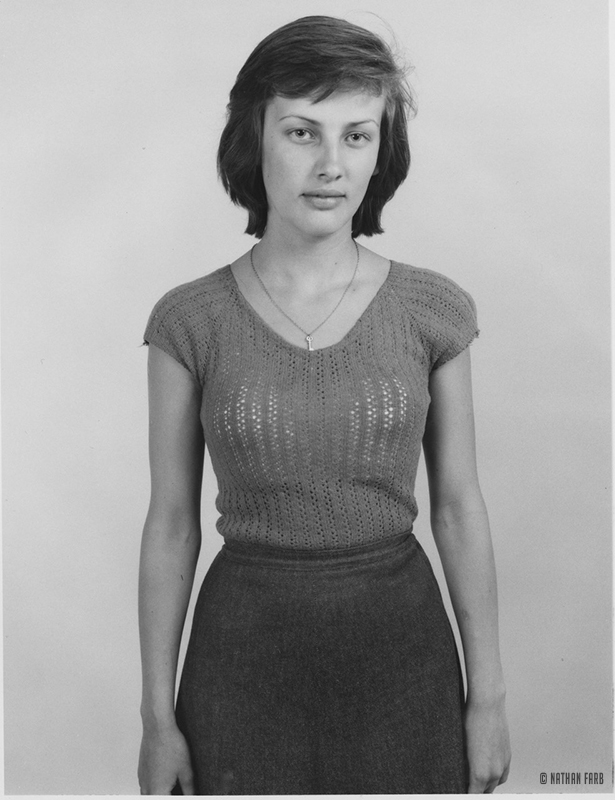 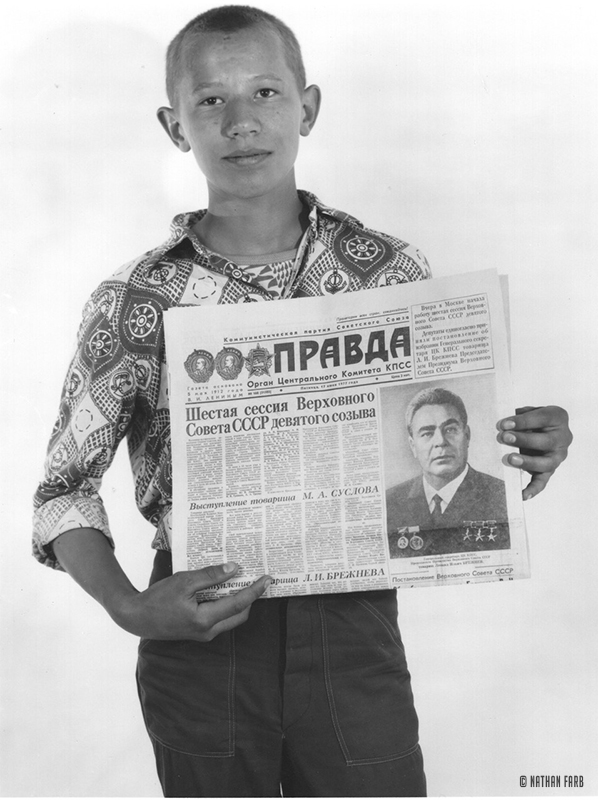 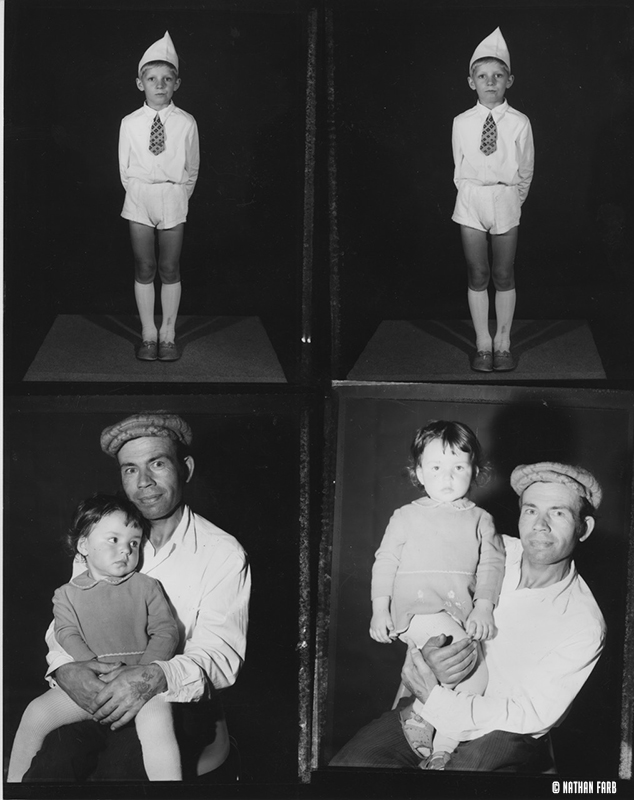 Sometimes I look at a picture I have not seen for years and my breath is just taken away. I know I made these so it is a bit awkward to write about them this way.  For years I had visions of how this might happen. I was working intensely and did not always look long and carefully at the pictures I was making just then. There were moments I felt like I was in a gold mine and anything I picked up was treasure.   – Nathan Farb, 2016